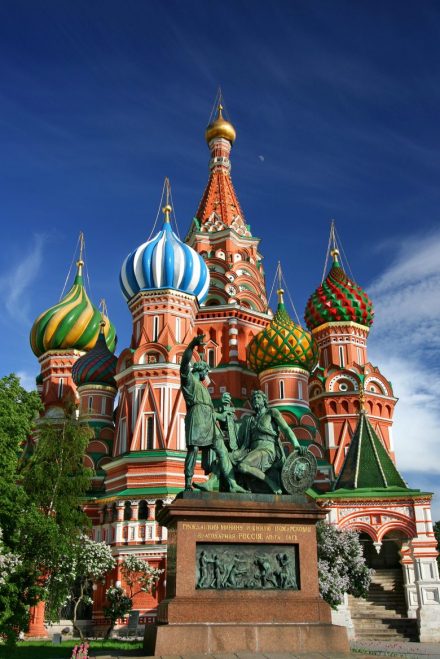 We are here to take you to the finals.

The World Cup is just a month away and we, as all die-hard football fans, are on the road to Russia. The FIFA World Cup in Russia kicks off on June 14th at Moscow’s famous Luzhniki Stadium, where the hosts Russia, led by Stanislav Cherchesov, will face Juan Antonio Pizzi’s Saudi Arabia. This edition of the event will be the first ever to be held in Eastern Europe, and we will all have our pulse quickened until July 15th, when the international football tournament will close.

The tournament, however, will not attract only sports fans’ attention. The 2018 World Cup is an important geopolitical event for Europe and will also place the country and the Putin’s regime under the close look of the world for a whole month. The choice of Russia as host of the event was not a decision to take lightly - the country has always been a controversial subject on the international scene. Similarly to the Winter Olympics in 2014, the disputable issues around Russia again included some racist and xenophobic outbursts, this time by the Russian football fans. Another hot topic is the fact that some discrimination against LGBT people may still be witnessed on all levels of the Russian society.

While some politicians still voice concerns that the football authorities should have stopped Russia from hosting the FIFA World Cup over its annexation of Ukraine’s Crimea several years ago, a more recent incident again turned the negative spotlight on the host-country. Double agent Skripal’s poisoning of March this year made British Prime Minister Theresa May announce that the Royal family and UK ministers would boycott the World Cup, and issued a warning to any travelling England fans.

Although Russia 2018 has become a much-debated and thorny topic, the world’s most popular football competition will nevertheless kick off in a couple of weeks and all eyes will be set on the game we all love. Players around the globe are already making their picks, enjoying bookmakers’ attention with various World Cup 2018 betting offers for each of the 64 games.

Who will win the 2018 World Cup? What are the odds and predictions for outright winners - the Top 5 favorites this year: Germany, Brazil, France, Argentina, or Portugal? What about the other teams that are at least worth being talked about - Croatia, Switzerland, and Poland? According to bookmaking experts any of these stands a chance to be the massive surprise of the tournament.

Bet on the winner with us! We are here to help your special Russia 2018 betting markets reach the biggest football fans and let them choose the best odds from you.

Contact us now at contact@sportsbettingtranslation.com with your creative marketing copies or new SEO content. We promise to be the successful bet in the lead up to the World Cup 2018.